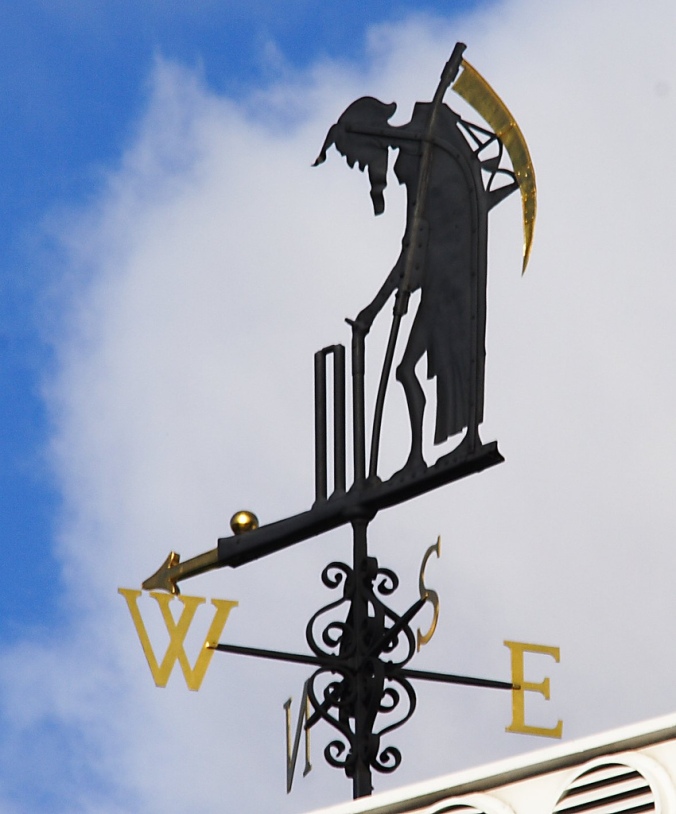 So, time for Old Father Time to whip the bails off at the end of another year.  I’ve often thought that’s it’s a stroke of genius for the Home of Cricket to have this momento mori as its icon, looking down always on even the balmiest of days to remind us that eventually all innings must end, days end, matches end, seasons end, careers end, lives end.  There’s been a lot of that this year.

What’s missing, I suppose is anything to represent the New Year.  I hear from Twitter that an Umpire in the Big Bash has been seen sporting “a tattoo on the inside of his forearm and a soul patch beard”, so perhaps we could have him replacing a pair of flashing LED bails to personify Hope for the Future.

But before contemplating that grisly scenario, a brief look back at my cricketing year, mainly in pictures. 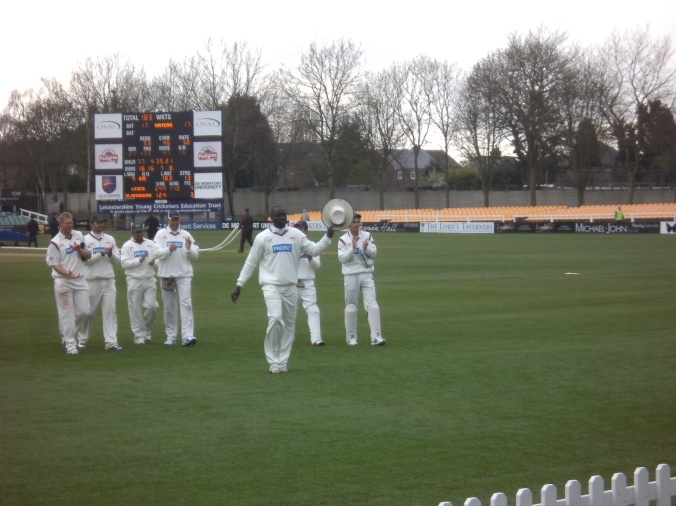 The season started brightly for Leicestershire (as it did last year) with a victory over Glamorgan, as Robbie Joseph set a new record for a Leicestershire debutant by taking 12-111 in his first match for the county.  He went on to take another 12 wickets during the rest of the season and has been released from his contract. 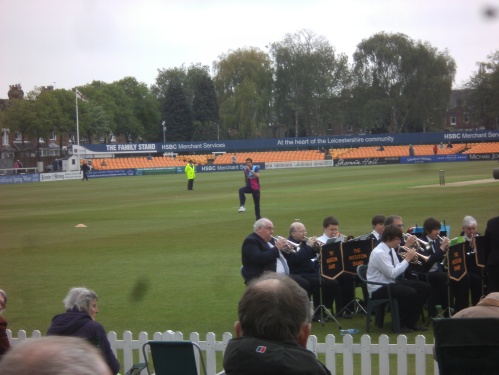 We try to compete with the razzle dazzle of the IPL by hiring the Wigston Enterprise Brass Band to provide the teatime entertainment.  England star Steve Finn, dressed as a Harlequin, gets into the groove..

But mostly it rained. 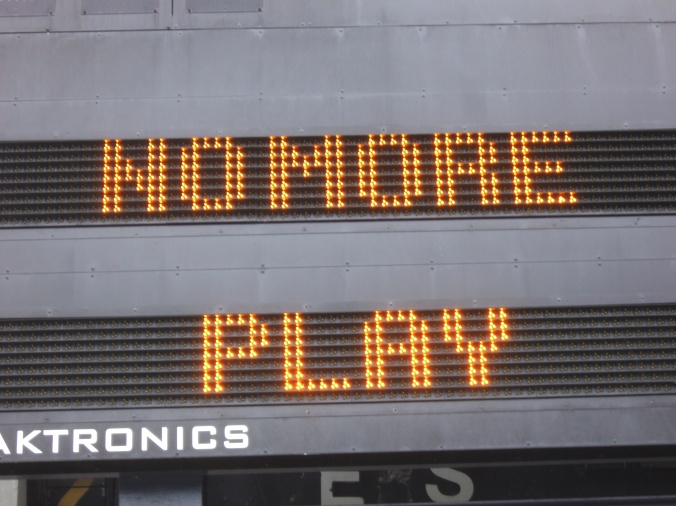 And, if it didn’t rain, the light was bad.  Here we see Umpires Willey and Lloyds about to call play off for the day (though, as compensation, they did do a bit of Cossack dancing to keep the crowd entertained.) 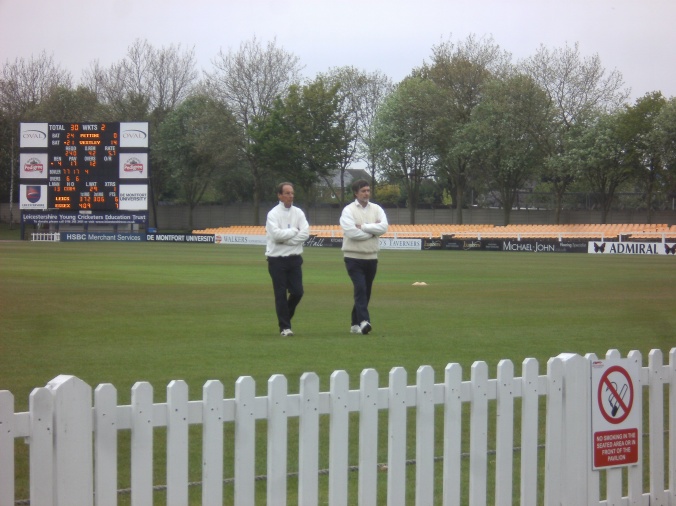 The Windies visited Grace Road.  It rained (as predicted by this astute local). 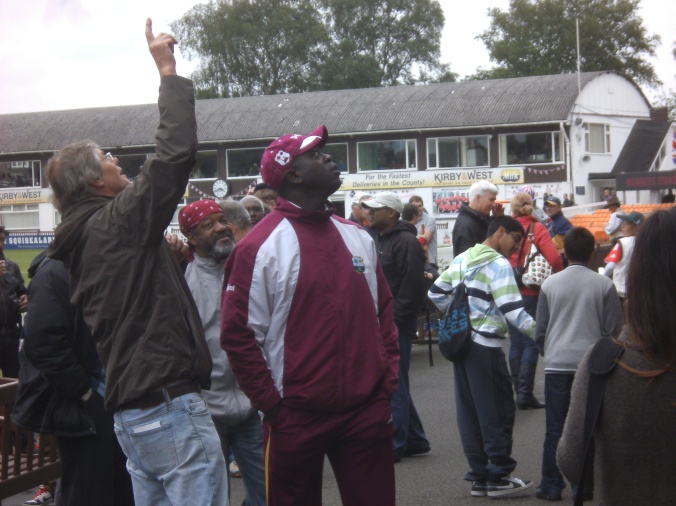 The Chesterfield Festival is rained off (in spite of the fact that it wasn’t raining).  This astute Yorkshire couple avoid wasting the entrance fee by setting their deckchairs up outside the perimeter fence: 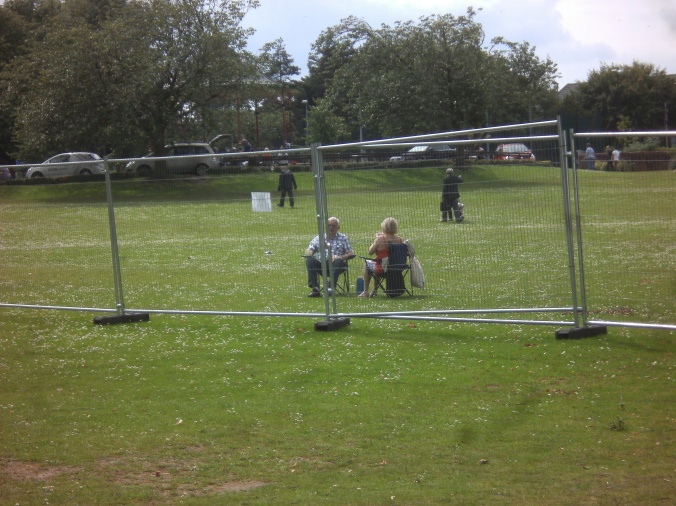 and I satisfied a long-felt want by visiting Radlett’s ground for a Middlesex 2nd XI match.  Unfortunately that’s rained off too.

At the end of the month, though, the rain clears briefly and Leicestershire’s new Marvellous Boy, Shiv Thakor plays the first of a number of fine innings (he finishes the season with an average of 61 in First Class Cricket and 55 in the CB40).  The spectators are so grateful to see any cricket, let alone this, that they strew his path with flowers and he is awarded as many out of date crisps from the Meet as he can eat.  He is my Man of the Season. 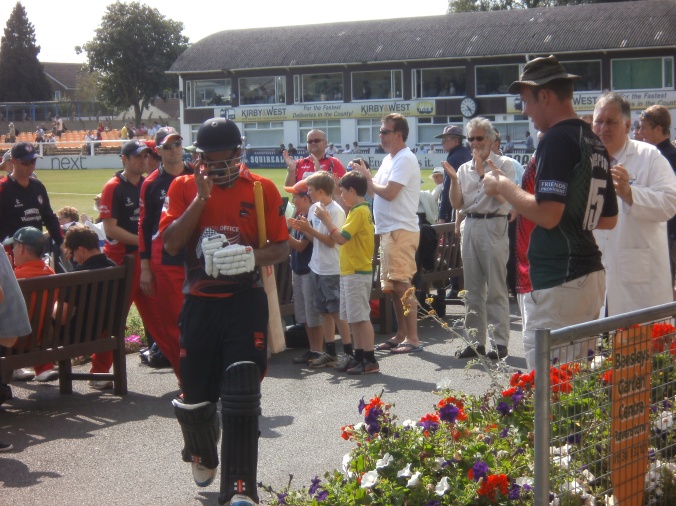 The floodlights were turned on at lunchtime at Trent Bridge 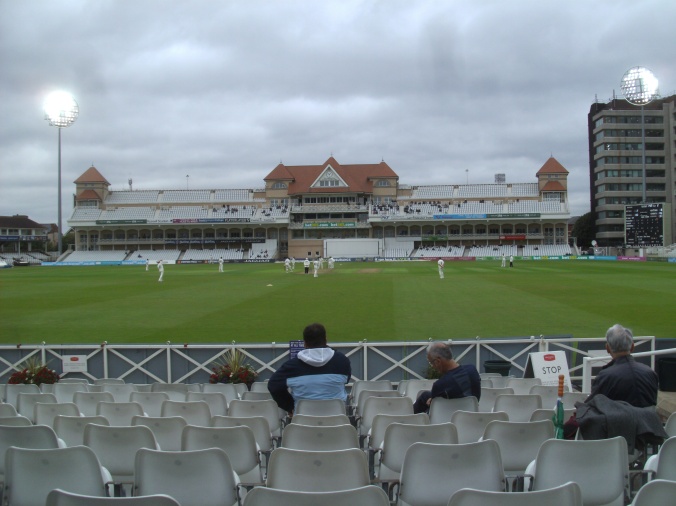 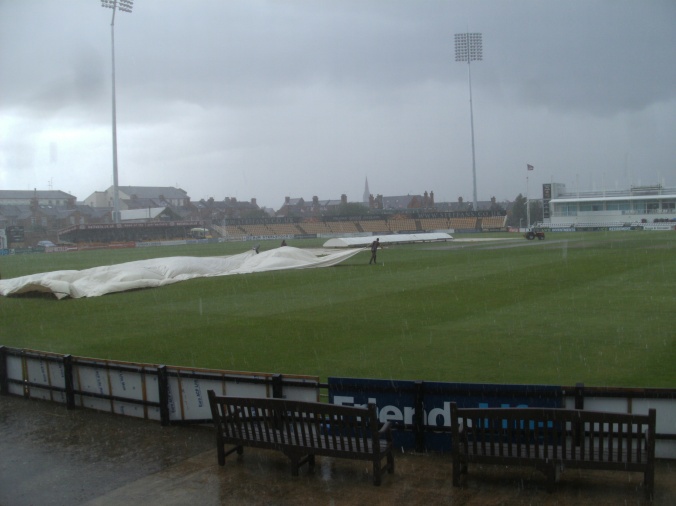 and I took refuge in the Turner Suite. 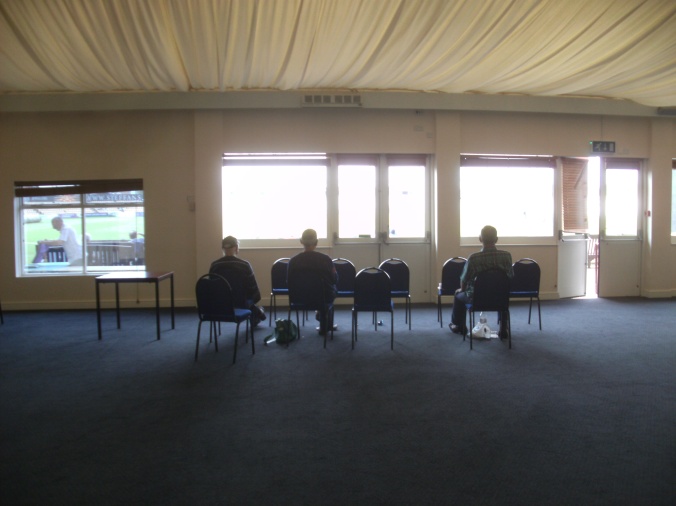 Leicestershire took advantage of a late break in the clouds to win two matches and finish third from bottom in Division 2.  Mike Thornely, uncharacteristically, broke a window in the Meet.  The cost of replacement was deducted from his wages. 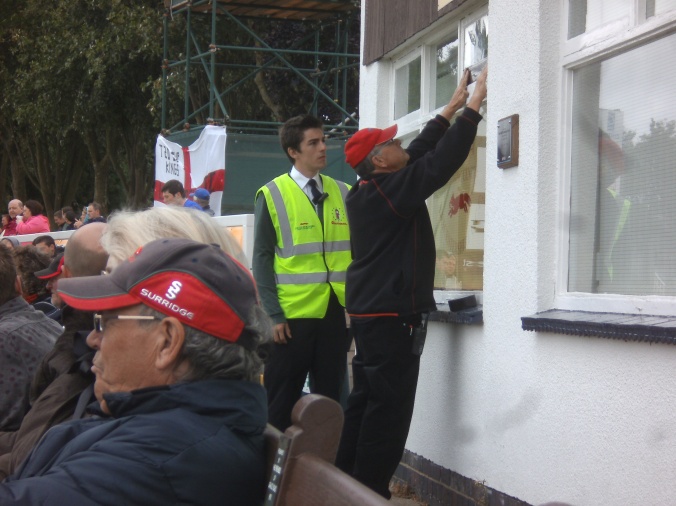 In the last match of the season, my other Man of the Year, Rob White, scored a second century for Market Harborough.  White was released from his contract by Northants earlier in the season and the first time I saw him at Fairfield Road I didn’t realise who he was – I just saw a flamboyant and obviously classy batsman scoring a fluent hundred against the Leicestershire League’s paciest bowlers (Freckingham and Wells of Loughborough) wearing a sunhat.  Looking more closely, I noticed that this was his Northants sunhat.  Not only raging against the dying of the light, perhaps, but having a good go at reversing it (I imagine he’s open to offers).  And here he is, after finishing the season with a six into the pavilion to win the match against Kegworth. 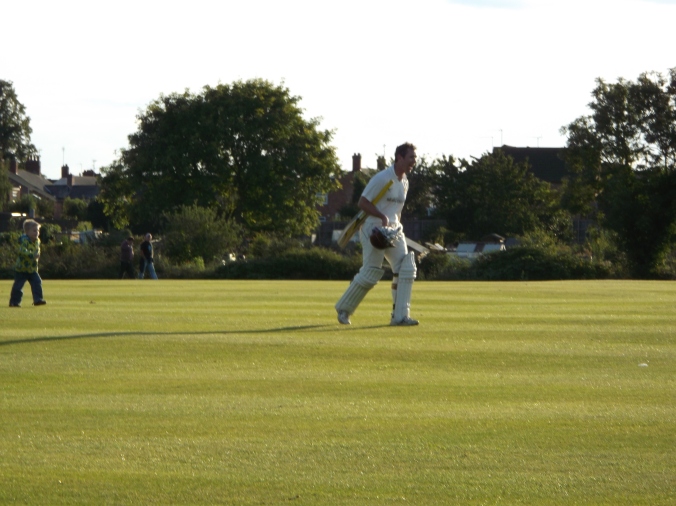 I’ve no idea who the small boy following him off the field is, but I think I’ll nominate him to represent the New Year.