Between Christmas and New Year I visited Peterborough – to see the Cathedral – and Nottingham – to see the British Art Show 7 (In the Days of the Comet), which I see has now transferred to London.  While in Nottingham, I also took the opportunity to visit Pugin’s Roman Catholic Cathedral dedicated to St Barnabas (about which more another time, perhaps).

On my way from the Cathedral to the Castle (where part of the Art Show was on display) I came across this along Maid Marian Way (which sounds delightful, but ain’t) –

– the window of what seems to have been a mediaeval-themed “banqueting hall”, now closed down due to the recession.  These Brueghelian figures must, I think, have been used to create an atmosphere of Merrie Olde Englande for the revellers, but now look as though they are making a desperate effort to escape the ruins of the building (it reminds me slightly of pictures of the Heysel Stadium disaster).

I suppose this is how we how we now generally imagine the middle ages – dirty and grotesque – as opposed to the airy delicacy of the genuinely mediaeval Cathedral at Peterborough or the slightly cloying idealised imaginings of Pugin.  It also worked much better as a piece of installation art than most of the contrivances of our contemporary artists at the Castle (as these sorts of unintended artworks often do). 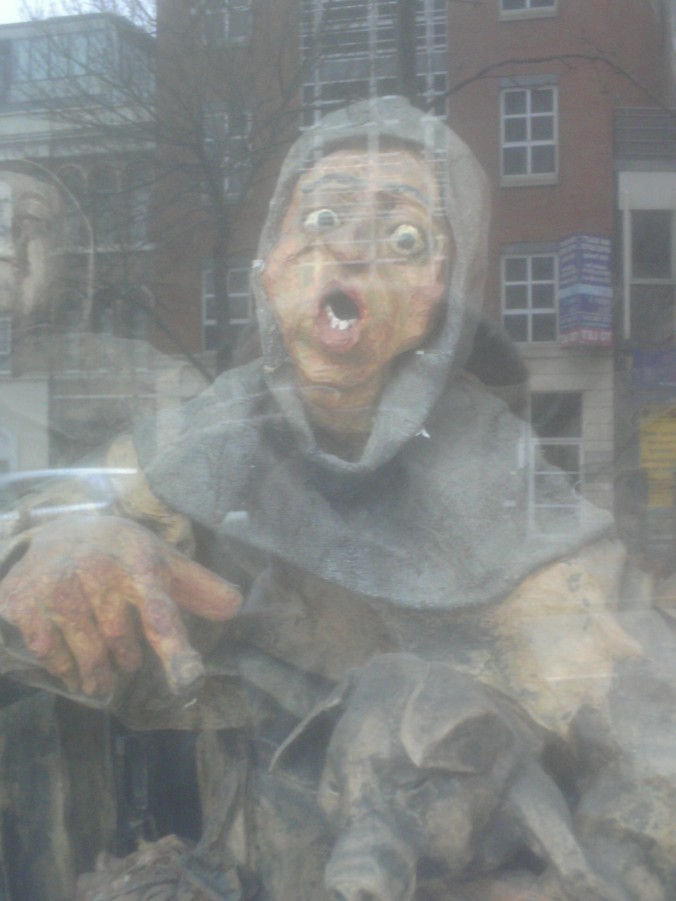 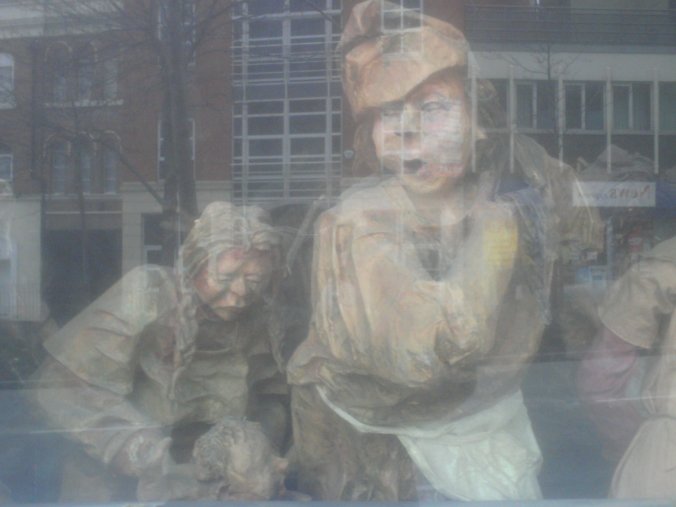